Aughton Lawn Tennis Club (ALTC) was established in 1882 by a group of friends from the locality. Whilst the original Club was ‘unofficial’ at the outset, there is evidence that by 1892 a formal Tennis and Croquet Club was in existence. Croquet was played on an area which is now occupied by No.1 court (opposite the clubhouse) but this eventually ceased in the early 50’s when tennis became the sole activity.

The Club’s first competitive matches were played against The Neston Cricket and Tennis Club, along with several other clubs based in Formby, Blundellsands and Southport. Later and reflecting circumstances at the time, the Club managed to remain active throughout The Great War via a committee which was powered by mainly women members and again, during The Second World War, by a committee comprised of more elderly members.

Between the Wars and until the 1990’s the Club was also utilised by Lancashire LTA for county matches, such was the quality of our grass courts. (The first two shale hard courts had been laid in 1929 at a cost of £679 15s 0d.) The present clubhouse was opened in 1960, the previous installation having been affectionately referred to as “the tea hut”. Both establishments have played an equally pivotal role in generating additional income for the Club, as well as serving as a hub for a wide variety of social activities.

The present clubhouse was opened in 1960, the previous installation having been affectionately referred to as “the tea hut”.

We have produced numerous county players, male and female, including one ‘superstar’ in the form of Barry Cowan (currently a tennis pundit for Sky) who went on to play at Wimbledon, taking a set against Pete Sampras in the same year that he became Men’s Singles Champion. Mention should also be made of Martin Banasko who captained the Club to numerous victories in the Liverpool League over a period of some two decades. 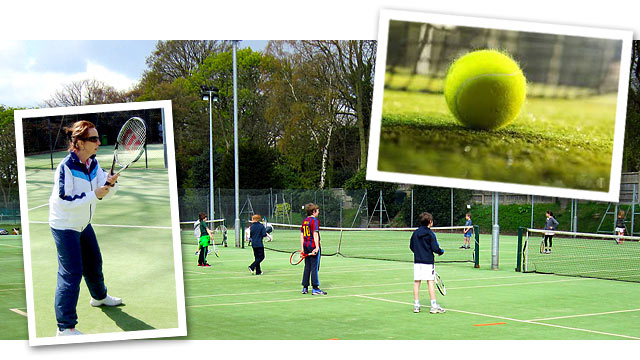 ALTC is a Club where social and competitive tennis sit comfortably together as equal partners. Membership ranges from primary school children, just starting out; to seniors who still play regularly, despite being well into their 70’s. Whatever age or ability, new members are always assured of a warm welcome.

We have five excellent all-weather courts (four of which are floodlit for the dark nights) and three grass courts. The unpredictability of our weather over recent years, coupled with an increasing demand for all-year round play, has led the Club to consider whether or not to convert the grass courts in the foreseeable future… a not insignificant investment of course.

Whatever age or ability, new members are always assured of a warm welcome.

Aughton Lawn Tennis Club has several teams playing in the Southport and Liverpool Leagues, a varied programme of social tennis activities and an extensive coaching programme for both young and old. Facilities including a fine clubhouse (with licensed bar and kitchen) a designated car park, plus well tended grounds in the magnificent surroundings of Granville Park Conservation Area, are all factors which make for one of the finest Clubs in the area.